This is the first in a series of interviews with an already emerged choreographer in order to give a perspective of what lies ahead.

Supporting the positive events occurring in the world of female choreographers reflects the core of Kaleidoscopic Arts. However, the urge to write about them was heavily influenced by an interview we held last week with choreographer T. Lang. 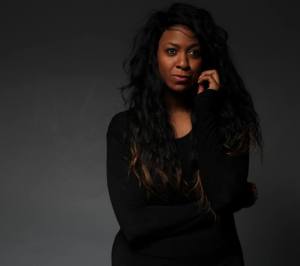 Lang is the artistic director of T. Lang Dance – based in Atlanta, Georgia – and an associate professor at Spelman College. A Graduate of New York University’s Tisch School of The Arts she moved to Atlanta in 2008 after dancing professionally in New York and has been choreographing and developing her company/repertoire ever since.

We sat down to a video call with her to ask about the process of becoming an emerged female choreographer and the obstacles she faced and occasionally still faces today. Here are our questions and briefs of the answers and insights that she gave us.

*This is not an exact transcript of her words

As – specifically a female – choreographer what adversary have you faced when applying for dance platforms/choreographic work?

Lang first stated that any adversary she may have faced as a choreographer was during her early career, during and shortly after (the loose term of) being an emerging artist. Most noticeably when applying to jobs be it choreographic platforms, or teaching she saw males of the same grade being accepted where she was not. It is impossible to know whether gender was the exact reason however for a Tisch graduate having previously worked with the Metropolitan Opera Ballet, Marlies Yearby’s Movin Spirit Dance Theater, and Nia Love’s Blacksmith Daughter Dance Theater, the assumption is a possibility. Lang decided then to change her artist name from her “government” female name to the first initial T. followed by her last name. Her desire was to create a brand around her career that could not be confined by gender, age, or race in order to put her art at the forefront, not her name. Her previously rejected applications were – under the ambiguous name – now being accepted and she could begin to concentrate on choreographing rather than job seeking.

Lang, being an advocate for solutions rather than pointing out problems stated that no matter who is making the decisions of which choreographers get funding/exposure etc. it is up the artists themselves to create a brand that reflects their art and their works – which after all is a universal language and should be able to fit through the loopholes of gender. She also reminded us that funding can be found in more places than most look; through private companies, cooperate sponsorship, partnerships, and not solely grants.

What do you think of this quote? “Men (veer) towards making work that (is) splashy or virtuosic, and so less likely to attract large-scale funding and promotion.” An excerpt from an article by Judith Mackrell from The Guardian (which you can read here)

Do you personally find any difference between the works created by men versus women?

“Absolutely not, there is no difference between the works of males and females and gender has no bearing on aesthetic or genre. Look at Streb, Pike, Bausch . . . have their works not been large-scale and ‘splashy’?”

Without going further Lang asked us to question who – in this quote – is the speaker seeing? Of course one can make an argument that males are more virtuosic if the only performances one goes to are those of popular theaters currently presenting a majority of male choreographic work. From there she again pointed to a possible solution by stating that if a female artist – or any artist – is emerging it is the responsibility of writers, dancers, and audience members alike to support those platforms and help a choreographer emerge. Writers, reviewers, and viewers need to take risks when choosing to see new work. They need to step out of their own comfort zones. Essentially we cannot simply attend performances at the most popular venues and expect to see change; we all have a responsibility to bring about that change.

What is your personal opinion on the state of equality between male and female choreographers? For example: What is your knowledge of equal exposure? Equal Pay? Etc.

Lang firstly stated that it was again only in her early career that these issues were blatant and now midway through they can be much more subtle and the best ways to approach those problems are to keep a critical lens on institutions that may give progress to inequality. And, in her own words on focusing on the problems …

“Identify the problem and move on. Focus on the agenda. Don’t put engrossed value on patriarchal systems. Make your own way. Don’t worry about the all boys clubs; there is support for all artists. If the content of your work is authentic and true it will attract funding. Do not put unnecessary energy on old archaic gender inequality.”

Lang also asked us to wonder why we put such value on the most popular publications and that some amazing work can be found in non-traditional spaces and platforms, some artists prefer the underground scene, it is again everyone’s responsibility to change the scene of inequality through changing how we view dance.

Do you think there are limitations in providing a choreographic platform for only women (keeping in mind men are not excluded from performing or collaborating with the female choreographer in any way.)

Lang made it clear that of course the goal is to eliminate the need for women’s only choreographic platforms and similar labels. However, in order to do so women must find their way to being part of the decision making process behind platforms, theaters, grants etc.

“I work at an all women’s college and I always tell my students, along with teaching theory and practice, to be in a position where you have a desire to sit at the table where you are making decisions and brainstorming and pushing that mission out there. Be at the table not just on stage but behind stage. Be at the table as well.”

We here at Kaleidoscopic Arts hope that some of these positive solutions to problems emerging artists may face can help our readers in their own journey. We hope that everyone can take initiative to see as much dance as they can, to support anyone they can regardless of gender, race, or any other labels.

One thought on “Emerged: an interview with choreographer T. Lang”